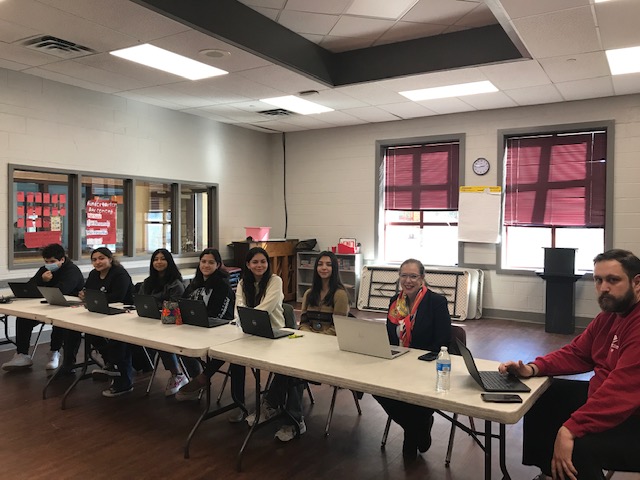 On March 4, 2022, six of our teen leaders met with representatives from the offices of Senators Gillibrand and Schumer to advocate on behalf of the Club and education programs nationwide. The young leaders spoke eloquently in support of continued funding for nutrition, mental health, workforce development, and education programs by sharing their own personal experiences as members of the Boys & Girls Club.

2021 Youth of the Year recipient, President of the Liberty Keystone Club, and staff member Sophia T. spoke of the emotional support she and her family received during a time of great tragedy and sadness; Liberty Keystone Social Media Ambassador, Josephine F. spoke of the positive and uplifting impact of having the ability to secure food from the Club when her family was experiencing financial hardship; Linda A., Liberty Keystone and Jr. Staff member credited the education and leadership programs she’s participated in at the Club with the tremendous growth in her communication skills and secure employment here at the Club; Keystone member and 2022 Youth of the Year candidate, Kacy E. spoke of the all-encompassing emotional, mental, nutritional, educational and financial support she and her family have received through the Club; and, teen member Brandiel D. spoke of the mentoring and family atmosphere that have always supported him at Boys & Girls Club of Northern Westchester. Melany G., 2021 Youth of the Year, Liberty Keystone Vice President and staff member summed it all up by saying “The Club has motivated and uplifted me from dark and depressing times. I am using the resources that I have learned from the programs and have absorbed the advice of my mentors to then relay the same positivity to younger generations that come after me”.